Lanikai: A Little Piece of Heaven

Lanikai, which means heavenly, has one of the best recognized beaches in the world.  It is a community in Kailua on the windward coast of the island Oahu. It was developed in the 1920s designed around the idea to allow people to get away from the “hustle and bustle” of the outside world. It is surrounded by the Koolau mountain range which calls for warm weather with cool trade winds year round.

The area has been used by many photographers over the years to get not only great landscape photos, but to take pictures of swimsuit models. The community also played home to many of the actors of the television show Lost that did a lot of its filming in Kailua. 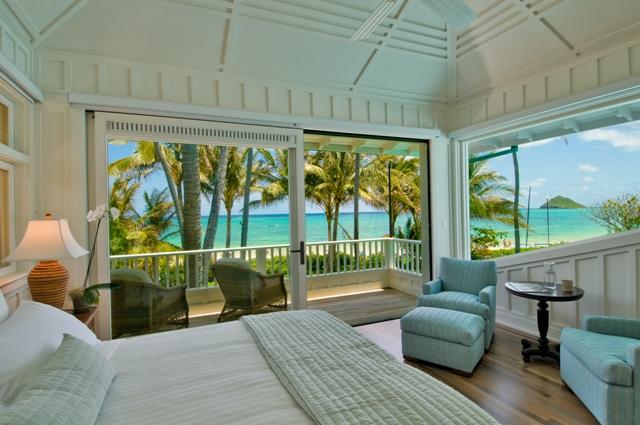 Lanikai is an upscale community that is home to numerous million-dollar homes. People here have the luxury of having one of the only non-county beach parks in Hawaii.  Which means those that live here can avoid having visitors year long. There is a tourist season, however, when the beach can get quite crowded.

Most homes for sale in Lanikai are single family homes, and they are typically only a stroll away from the beach. They are found along the coastline or on the hills overlooking the Pacific Ocean and the Mokulua Islands.

Lanikai is a tight-knit community with many long-time residents. The average sale price for a home here is around $2.1 million, with the low range being a two-bedroom home around $800,000 and the high-range being a beach-front home for $5 million.

While the area is known for its seclusion and beautiful beaches there are a variety of choices of activities for residents to choose from. Spending a day at the beach is always a great idea here.  This is one of the best and safest swimming areas in the state. There is also the ability to kayak to the Mokulua Islands and go for a picnic or have some fun playing sports in the nearby Lanikai Park.

The fact that Lanikai is located in Kailua is a bonus, too as there are a numerous amount of restaurants, department stores, Thursdays’ Farmer’s Market, a movie theater, and live entertainment on occasion to take part in. There is also the ability to take the 30 minute drive through the mountain or along the coast to downtown Honolulu.

Lanikai really is heaven. How many other places can have seclusion and beauty all wrapped up in one. The community is great, and they love their town. They even have the Lanikai Association to protect the community owned park and their unique way of life.  It is a great place to escape from the world, but the world is just a few minutes away at the same time. Anyone that is seeking an upscale residential community that overlooks one of the best secluded landscapes should look no further than Lanikai.