Make Luxury a Home in Kailua

Kailua is located on the eastern side of Oahu and is across the from the mountain side of downtown Honolulu.  It is a residential community made up of mostly single-family homes.  In the center lies a compact business district.  The area is home to some of Hawaii’s best beaches.  Lanikai beach is actually known worldwide. 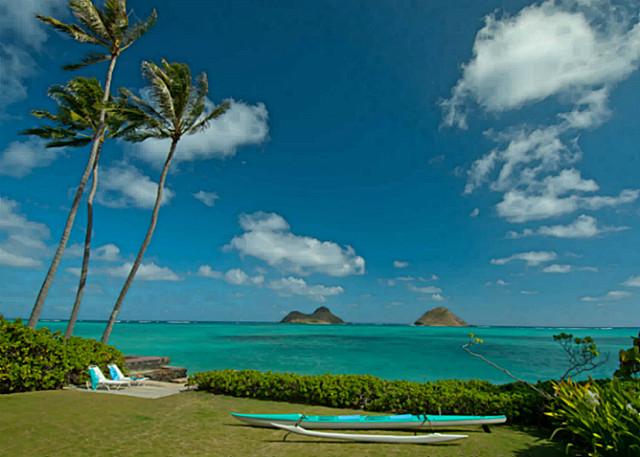 Kailua was a renowned place for Hawaiian royalty.  Many kings called this area there home.  It possibly had something to do with the beautiful beaches or amazing weather.  The beaches are protected by the mountainside so it is not a typical windy area.

The first people to have lived in this area were fisherman.  Archaeologists have proven that agriculture in this area was impossible so the original people must have used the marshes and lagoons to feed themselves.

After World War II the area changed after large amounts of the area were sold to the government to aide in Navy expansion.  This closed down cattle ranches that made up a lot of the area and development of stores, churches, and schools began.

While Kailua has its own central business center that is home to 50,000 people, Kailua is mostly a residential area suburb like area for those that commute to Honolulu.  Most of the housing is single-family homes with the average being worth $1.6 million.  This is a tight-knit community that has a low-crime rate and a great education system.

There are many condos located in the area to, but most of these are rented out to the numerous amounts of tourists that visit each year.  The economy in Kailua relies a lot on its tourist industry, but it does not seem to be disappearing anytime soon.

The town is a mixture of modern and historic sites.  The main street Ali’i Drive runs beside the oceanfront to from the Kailua Pier to the Kuamo’o Battlefied allowing people to see the different variations this area has to offer.

What to Do in Kailua

The area is a popular tourist destination because several cruise ships stop here so there are numerous activities to keep the locals busy.  Due to the cruise ships Kailua has some of the best shopping experiences possible.  In fact many locals make a profit selling to the tourists at the Kona Marketplace, Kona Arts Center, and Coconut Grove Marketplace.

Of course living in Kailua, means experiencing some of the best beaches known to man.  The crescent beach is where people come to enjoy swimming, windsurfing, kite boarding, and the general tropical weather year round.

Why Kailua Is a Great Place to Call Home

Kailua offers a calm way of life and luxury at the same time.  The homes in Kailua are modern and not far from the urban part of life with the business district located in the center of the town and Honolulu being 20 minutes away.  It also has a great beauty that not many other places can claim of having.  The amazing beach area is even magnified with glorious sunsets and the minus of heinous beach winds thanks to the mountain side.

People who live in Kailua claim to belong to a great community.  The locals are involved with much of what goes on in the area even aiding in tourist activities, which keeps the town thriving.  There is little to lose by living in Kailua.